The festival is organised by LeithLate, a visual arts organisation based in Leith who deliver various public art projects such as The Shutter Project, The Mural Project, and, of course, the annual LeithLate17 festival.

The pop up festival spans a range of unusual and quirky spaces across Leith in Edinburgh; from a former Police Box and charity shops to hidden underground vaults, and even a local launderette. 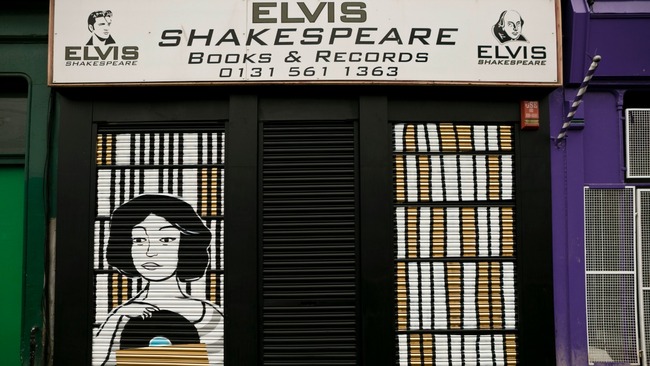 LeithLate17 comprises of a massive art crawl of 25+ spaces, showcasing a wide range of artists and exhibitions. Also expect a community cinema, public poetry trails, an immersive dance project, day parties, and not forgetting the infamous, after parties that wrap up each day – hosted by the likes of Lost Map Records and Club Tropicana, including performances from Savage Mansion, Kid Canaveral, Davie Miller (FiniTribe).

The Mural Project is an exciting and ongoing Leith Late public art initiative, which operates throughout the year.

Daytime events are free to attend (tickets issued are simply to control numbers). However, late evening events on Thursday, Friday and Saturday do come with a modest charge.

Citizen Ticket launches its new ticket delivery system, BitTicket. The first digital event tickets on the blockchain for public events - utilizing the cryptocurrency Ethereum Classic. Creating safe, secure and transparent transactions by design, blockchains are resistant to fraud and counterfeiting making it an